Most of these items came from online auction sites. Since these have become popular over the years the access to dumped cameras has been huge … though it did not help to have all of those pickers/antique shows on TV to jack the prices up.

I do recommend visiting your local Thrift store. Not only can you find some really low priced items you can give to those Organizations.

Most of these cameras are no longer in my possession, I really have no need on keeping them … I am really not a collector. The only keepers are special cameras (very few of those) that I will actually use to shoot with, but mostly because they are unsalable … these end up as parts.

Note: the subjects are subjected to change, and may or may not represent the actual items that are subjects. 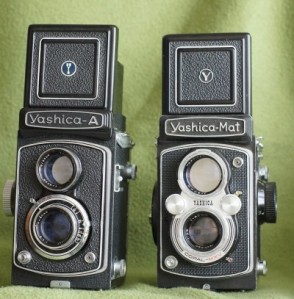 The image shows it paired with the Yashica-A, which is an earlier model. Yashicas are the intro TLRs as they are generally found cheap (except for the 124G).

This is one of lesser known Leica rangefinder clones. It is not often found in working condition due to the shutter material that was used. 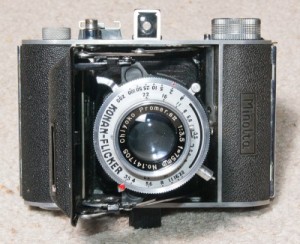 Medium format pocket folders are a great way of cheaply getting into larger format shooting. Focusing is done by guessing range to subject. 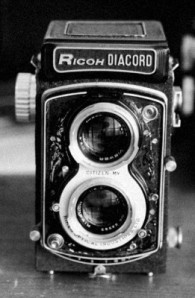 In my search for “the next best thing to a Rolleiflex” I encountered the Diacord. The Diacord and the Minolta Autocord lenses are praised by many TLR users.

This is the first Leica I had owned. Decades ago I wanted to own a Leica, but at that time it was an M series. The Barnack type Leicas are extremely small cameras, especially with a collapsible 50mm lens. 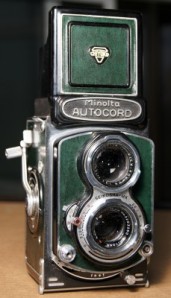 This TLR is the next best thing to a Rolleiflex. It appears that people have woken up from Rollei fever and have caused auction prices on this camera to skyrocket. Sadly many are found with the focus knob broken off.

This was the second AF model introduced by Minolta. I love the feel of this camera as it has the classic physical shape, and it also has manual winding. This is a great manual focus film camera to use with current Sony A mount full frame lenses coupled with the split screen type PM.

Most of these were sold through military postal exchanges, so they are commonly seen with the E-P markings starting in 1954.

One of the most popular versions of Canon’s rangefinders 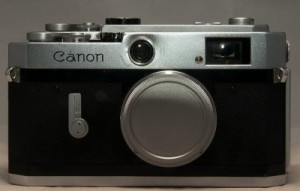 And there are many more subjects involved in this blog … actually now that I look back on this list, some of these don’t appear in this blog. I blame laziness. Sometimes I take stuff apart without documenting it or I just got bored with it.

I really wish Goodwill in Canada had an online auction like the US.